skip to main | skip to sidebar

We (Me, Karen and Janet) were meant to fly to Accra on Sunday, 10 January to begin five days of in country training (ICT) on 11th, with us travelling north to our placements the weekend of 16th. However, on the last day of term we were told that for unknown reasons VSO Ghana wanted us to fly out on 19 January, with training beginning on 20th and travelling north on 26th. This would have proved difficult for us because of the arrangements that were already in place to cover us.


After some negotiation, VSO agreed that we could still travel on 10 January and stay at our own expense in Accra. Rather than stay in a hotel, we found that a villa with a car and driver would be better value.
As you can see from the photos, we should survive the 9 days before our training starts! 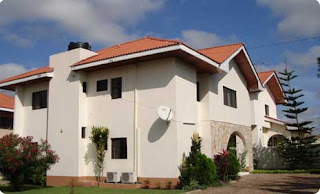 The company we are using is Ghana Villas. The owner, Felix, is a Ghanaian living in Cumbria! He was extremely helpful during the booking process and our experience of the service provided by Felix’s staff here in Ghana has been as positive as we were led to believe by the glowing references on the company’s website. 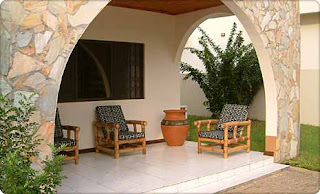 VSO's changes have worked out very well for us as we will use the nine days to go to places in the south of the country that would have otherwise been too far from our placements to visit, e.g. Kakum National Park, Lake Volta and Akosombo Dam, Cape Coast and Elmina Castle. 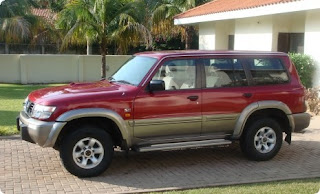 We have been invited by one of Karen's contacts, who knows someone at the Cocoa Research Institute, to spend two nights at a cocoa plantation in the Eastern Region. Whilst there on either the 14 or 15 January we hope to visit Walton High's two partner schools. I have also been in contact with a researcher at Cape Coast University who is involved with the TESSA project (Teacher Education in Sub Saharan Africa). He is going to get back to me with details of a possible visit to the university. Hopefully, this will give us a good insight into teacher training in Ghana which we can use in the schools we're working with.

We are also hoping the chef we have hired with the villa will give us a few lessons on cooking and preparing local produce. Apparently there is likely to be more to it than "Remove film lid and place in a pre-heated oven at 170 degrees for 20 minutes" Can't wait! We hope to get our mobile phones and mobile internet connection sorted out in Accra. Although it isn't a 3G network, there is meant to be quite good coverage in the north - time will tell. I contacted Vodaphone UK three times in an attempt to get them to unlock my phone so I can swap the card when I'm there. Eventually, I had to go into Central Milton Keynes to get this done!

There is still a lack of clarity about how I will get from Accra to where I will be living in Bolgatanga. The transport arrangements from my accommodation to the schools I will be working with in Tongo is also still unclear, but this is likely to be by tro tro (minibus) or taxi.
Posted by Michelle Currie

This blog will record the experiences I have as part of the Leaders in International Development Project. The views expressed are my own and do not necessarily reflect those of VSO.

Michelle Currie
The author of this blog is the Principal of Walton High, a school of about 1,500 students aged between 11 - 19 years old. Walton High is a member of the Walton Partnership of schools located in south east Milton Keynes, England. From January to April 2010 Michelle Currie will be working in the West African country of Ghana as a Headteacher Support Officer. This blog will be used to help the younger children in the Walton Partnership learn about life in Ghana so they can compare it with their life in Britain.